I’ve been a little busy lately. I’m working on some scripts for Watchman Monitoring that alert when Archiware P5 needs attention. It’s really much more exciting than it sounds. 🙂 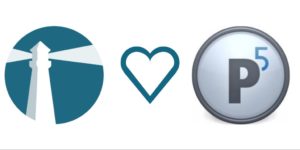 Use the link above to read up about Watchman Monitoring and the Archiware P5 plugin.

This plugin is now part of Watchman Monitoring thanks to Allen and his team! Of course, big thanks to a lot of help from Python magician and MacDevOps:YVR colleague, Wade Robson. I couldn’t have finished this plugin without his help. Merci, mon ami. (Early help to get started with this project is thanks to Scott Neal, automation expert and programming wizard. Thank you so much Scott, and thanks for the tasty Portland beer!).

Watchman Monitoring is a group of plugins that will warn when drives are failing, computers have restarted unexpectedly or backups are not running. All reporting goes to a beautiful web interface in the cloud which can keep a history of plugin issues. Watchman allows for integration with ticket systems and multiple users including clients and IT staff that can keep track of what’s up with their workstations, and servers.

Watchman Monitoring helps me keep tabs of major issues at all my clients before they become disasters. I even use it in discovery for new clients to see what issues exist but are ignored or unknown.

Since I set up a lot of SAN storage for my clients, and I use Archiware P5 for backups and archives I realized I needed to write a plugin for Watchman Monitoring that alerts me to issues. Instead of remoting in with VPN to each and every client every day to check on backups the only alternative is to automate it. These scripts watch the LTO tape drives and emails when they need cleaning, or warns when running jobs need tapes, if workstations haven’t backed up in a while or if tape pools need more tapes. And in Beta 2 we’ve added a check to see if the P5 maintenance support needs to be renewed to give you time to renew it before it expires. As well as better alerts for issues with running jobs, and lots of bug fixes.

We have it working on Mac servers running Archiware P5 and the next step is Linux, and the Unix family. Later on, Watchman will port it to Windows. The scripts are written in Python which is great for portability (except to Windows. Ha ha). And the P5 Watchman plugins should eventually run everywhere that Archiware P5 runs (OS X, Linux, FreeBSD, Solaris and Windows).

The best part of writing plugins for Watchman Monitoring is the great help that Allen and the whole team at Watchman have given us been throughout our development of these Archiware P5 plugins. And of course everyone at Archiware and Mike at PVT have been super helpful in explaining the use of the nsdchat cli for Archiware P5, even going so far as to add some features we needed to nsdchat when we explained how useful they’d be for this project. Mille mercis. Vielen danke.

Using GitHub to check code in, document business logic, write code, build a wiki and then track issues that need bug fixes or enhancement requests has been an adventure. It all starts with an problem that you want to be alerted for. It’s easy enough to add custom plugins to Watchman Monitoring you just need some ideas, a programmer (or two) and some time for testing, debugging, more testing and time. Did I mention you need lots of time? Ha ha

And now for a sneak peak of the Archiware P5 beta 2 plugins for Watchman Monitoring.